In this toolkit, we use ‘campaigning’ to refer to popular mobilisation, the process of engaging with the public and encouraging them to take some action in support of your tax advocacy and put pressure on policy-makers (either to complement or instead of ‘insider’ lobbying).

When considering campaigning, some elements will be the same as in your broader advocacy strategy – such as focusing on a clear, simple objective – but some will be more appropriate for mobilising the public.

Remember that in public campaigning, your target audience is the citizens you are hoping to mobilise to take action. So the whole way you communicate your message will be different from when you are communicating directly to policy-makers. Now you are aiming to encourage your campaigners and activists to change policies and policy-makers’ positions through their public pressure.

Whatever you do, your campaign must have a simple, strong, engaging message at the heart of it that is easily understood by the public. Don’t overcomplicate – that’s a turn-off for most people! Single-issue campaigns tend to be the most successful (for example ‘End Apartheid’, ‘Ban Landmines’, ‘Access to Affordable Medicines’). When you start a campaign, it’s a good opportunity to develop some catchy slogans as discussed in Chapter 2.

Achieve campaign recognition through a consistent visual identity – solidify your campaign in people’s minds with a logo or series of images and phrases that all of your campaign materials feature – you should use the same colour and fonts. Here are some examples of tax campaign logos.

Share your visual images on social networking sites so they can be accessed by all. Flickr is particularly useful for sharing images. Remember to sort out rights to these images before sharing freely.

Start from where your audience is – don’t assume they know much, or anything, about the tax issue you are campaigning on. Again, don’t overcomplicate!

You need to give people the opportunity to take an easy action – you want it to be straightforward for them to get involved and easy for them to stay on board with you as the campaign develops.

Be imaginative and eye catching. Creativity is the backbone of campaigning!

Find potential allies to maximise achievability and avoid duplicating the work of others.

Think about how you can record the names and addresses of campaign supporters so you can keep in touch. If that’s not possible, think of other ways to keep people informed. Feedback on the progress of the campaign and the impact that supporters are having is motivating and may make the difference between them sticking with you through thick and thin or jumping ship early on.

Ensure that your campaigning is integrated with your lobbying and media work for maximum impact. This means ensuring consistency rather than uniformity in your approach. For example, your public campaign might lead with slogans such as ‘Stop Tax Dodging!’ or ‘End Tax Secrecy!’ whereas the policy recommendations you present to policy-makers as part of your lobbying strategy will be more nuanced (see ‘Top tips for formulating policy recommendations’ on page 6).

Use relevant hooks where possible to try to increase media coverage. For example, with tax campaigns, budget time or when people have to fill in their tax returns can be good hooks as people are already thinking about tax. These hooks can also be good opportunities to create stunts.

You need to be flexible and respond to opportunities as they arise.

Above all, you must be able to demonstrate that the change you’re demanding will result in real, lasting improvement in people’s lives.

TOP TIP on what makes A CAMPAIGN SUCCESSFUL

To run an effective campaign it needs to pass the TEA test:

An effective campaign needs to Touch people. It needs to make a connection with its target, strike a chord and prompt a response.

But it needs to do so much more than that. It is all very well touching your target with your message, but they might decide that it is all so depressing or difficult that there is nothing that they can do.

A campaign needs to go beyond touching people to Enthuse them. An effective campaign convinces its target audience that there is a solution that could remedy the problem that has touched them. The campaign must contain elements that will enthuse people and deflect any defeatist or negative thoughts.

But touching and enthusing are no good for the campaign if you cannot move on to the third part of the TEA test. You need to touch and enthuse to ensure that the recipient of the campaign’s message decides to Act.

Campaigning is all about believing that there can be change to address a problem in the world. And it is about influencing decision-makers, at whatever level, to show and then demonstrate their agreement with the campaign’s ambitions.

In addition a good campaign makes use of all, or some, of the following:

It is important to focus on one message and remember the impact of a drip-drip effect. 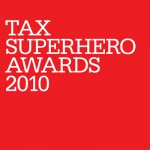 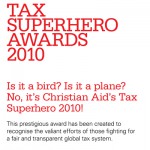 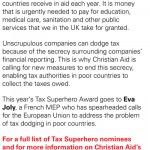